Are you afraid of saying something stupid? 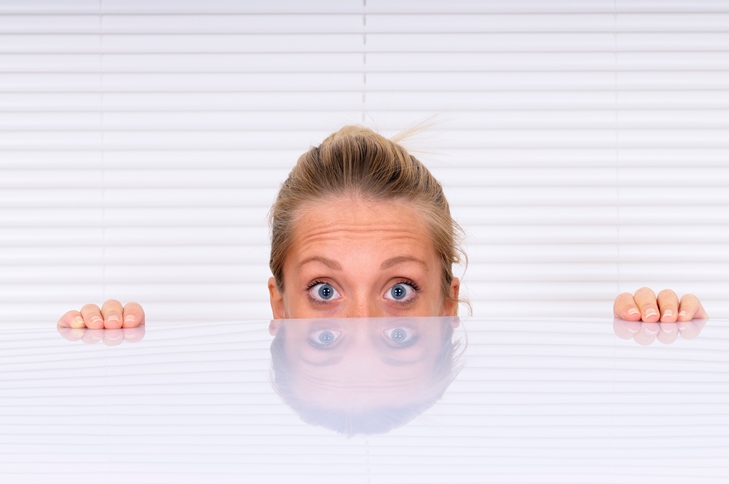 One particularly vivid memory I have from school is being in an English class in the final year of the girls’ school I was in – I would have been 15 or 16.

Our gloomy English teacher, Mrs Duffy, was asking a question about (I think) the interpretation of a line in a Wordsworth poem. Alot of us put our hands up and Mrs Duffy chose me with an air of, “Alison will get this right” (I was a bit “academic” at school).

But I didn’t get it right!

Mrs Duffy said, “No!” in a tone of surprised disappointment, and the other girls in my class looked at me with barely-disguised glee that I’d got something wrong. I felt embarrassed and exposed.

This is probably one of many experiences that honed my fear of reproach and criticism. I’m guessing you had one or more similar experiences at school.

The thing is, doing well at school was about giving the “right” answer.

You either got a tick or a cross. Even in college and university, you still had to make the “right” points – the points the assessor was looking for – to get a good grade. You weren’t (or not in my experience) given marks for your own take on something, your own interpretation.

Fast-forward to adulthood and one of the main fears my clients bring to our coaching sessions is being afraid of saying something stupid or “wrong”, particularly in meetings with authority figures.

Often, their career progression to date has been grounded in technical expertise – they “know the answer” and use that knowledge to solve problems.

Yet their rise to senior management and leadership means that they find themselves in situations with, say, the executive team or prospective clients where they don’t know what they’re going to be asked. What’s more, they may be “put on the spot”, where they find themselves expected to share an opinion or insight on something outside their subject matter expertise – say a finance person being asked to comment on marketing strategy.

Given our experience at school, it’s not really surprising that we’re afraid of being “wrong”. What’s more, as humans we’ve evolved to behave in a way that courts the approval of others, not rejection.

Imagine the organisation you work for now – or your school – as a tribe 200,000 years ago when our early human ancestors roamed the earth. It was in our interests to avoid being ousted from the tribe – it wouldn’t have been safe to be on our own in the world our ancestors grew up in with wild animals wandering around. So we did – and do – everything we’ve learned to avoid losing our “place” in the tribe, to keep our reputation.

Yet given the definition of “stupid” is to lack intelligence and judgement, to be “slow of mind”, I can say fairly confidently that the people I work with (and you, the reader) are extremely unlikely to say anything “stupid”.

When I ask my clients whether they can recall an actual incident of having said something stupid, they usually can’t. If anything, they’ve said something which someone has disagreed with. That’s not being “stupid”.

I do believe this quote sums it up : “Knowledge is having the right answer. Intelligence is asking the right question.”