how to build your confidence by rewiring your mindset 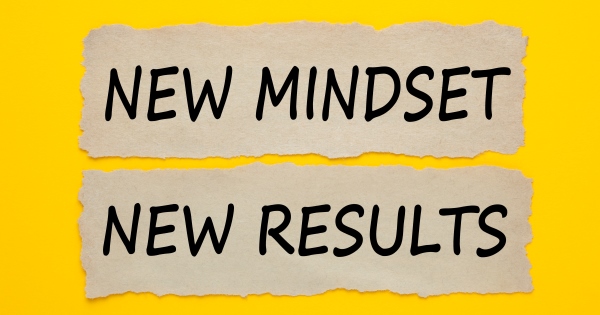 When we moved house a few months ago, we took the opportunity to declutter. That included the loft. A daunting task not only because of the amount of stuff up there but also the difficulty accessing it – a small hatch above a narrow stairwell.

I’m not exactly sure how we got some of those things up there! They included items that “lived” in the loft that we used regularly like camping gear and skiing kit. There were the “you never know”s, like a food processor or spare toaster that could be useful at some point. There were 3 boxes of CDs unopened since I left Geneva in 2005 which had travelled through 5 house moves.

Then there were the boxes of what I call memorabilia which I have filled up over the years – school reports, letters and birthday cards, diaries, even “pigeon post” notes from university before the days of email. I keep meaning to go through them, but I can’t quite face it. It’s so much more than “sorting out”; I know that once I open them, I’m going to open a pandora’s box (literally) of memories and emotions.

Mindset : the human loft
I think there’s alot of parallels between lofts and our mindset. For a start, they’re both at the top of the house/our body and we’re good at putting alot of stuff in them that we often don’t need. We often let that “stuff” – thoughts, beliefs, assumptions – sit in our minds and take it everywhere we go rather than sifting through it. And what’s in our mind, just like those boxes of memorabilia, impacts how we feel and therefore how we act. It can literally weigh us down.

The meaning of confidence
The word “confidence” comes from the Latin meaning “full trust” and from medieval times, we started to use the word confidence to mean feeling sure of oneself, effectively “self-assured”.

On the other hand, when we lack confidence, we feel uncertain and we worry more about what other people think than what we think ourselves. What is sometimes known as external referencing.

Going back to the title of this blog, confidence is alot more than our mindset. Our body and emotions are integral to confidence, and that’s material for future blogs. However, because we’ve become accustomed to living in our heads more than our bodies, it’s often negative thoughts that we’re most aware of when our confidence deteriorates, thoughts that seem to get louder and more insistent as we shrink into ourselves (notice the body there again!).

Eat lunch, don’t be lunch
There is good reason why we do this. We have evolved to be on the alert for threats, for wild animals and neighbouring tribesmen. As neuropsychologist Rick Hanson puts it, “Eat lunch today, don’t be lunch”. He means that we have developed what he calls an in-built negativity bias.

You know when you have a performance review and the feedback is glowing, and then there’s just one thing that someone said about what you could have done differently? And you ruminate for days over that one thing whereas all the glowing feedback and your star rating and the bonus you’ve been awarded based on that rating seems to fade in your memory? That’s negativity bias.

You can rewire your brain
The great news is that we can change this. We can rewire our brains. The concept of neuroplasticity has not only gained alot of attention in recent years, but there is amazing evidence to prove it. For example, watch this video from Norman Doidge, author of “The brain that changes itself”, for stories such as blind people who can “see” when signals are sent through other senses such as touch or taste rather than sight.

Our brain is the most malleable organ in the body. It changes more times in our life than any other organ, and we can make it change. Have you ever heard the phrase from neuroscience “Neurons that wire together fire together”? Basically, the more we use certain neurons or neural pathways, the more they will strengthen and build new connections. The less we use them, the weaker they get. A bit like a motorway ending up grassing over through lack of traffic.

So what are some things you can do to build your confidence through your mindset?