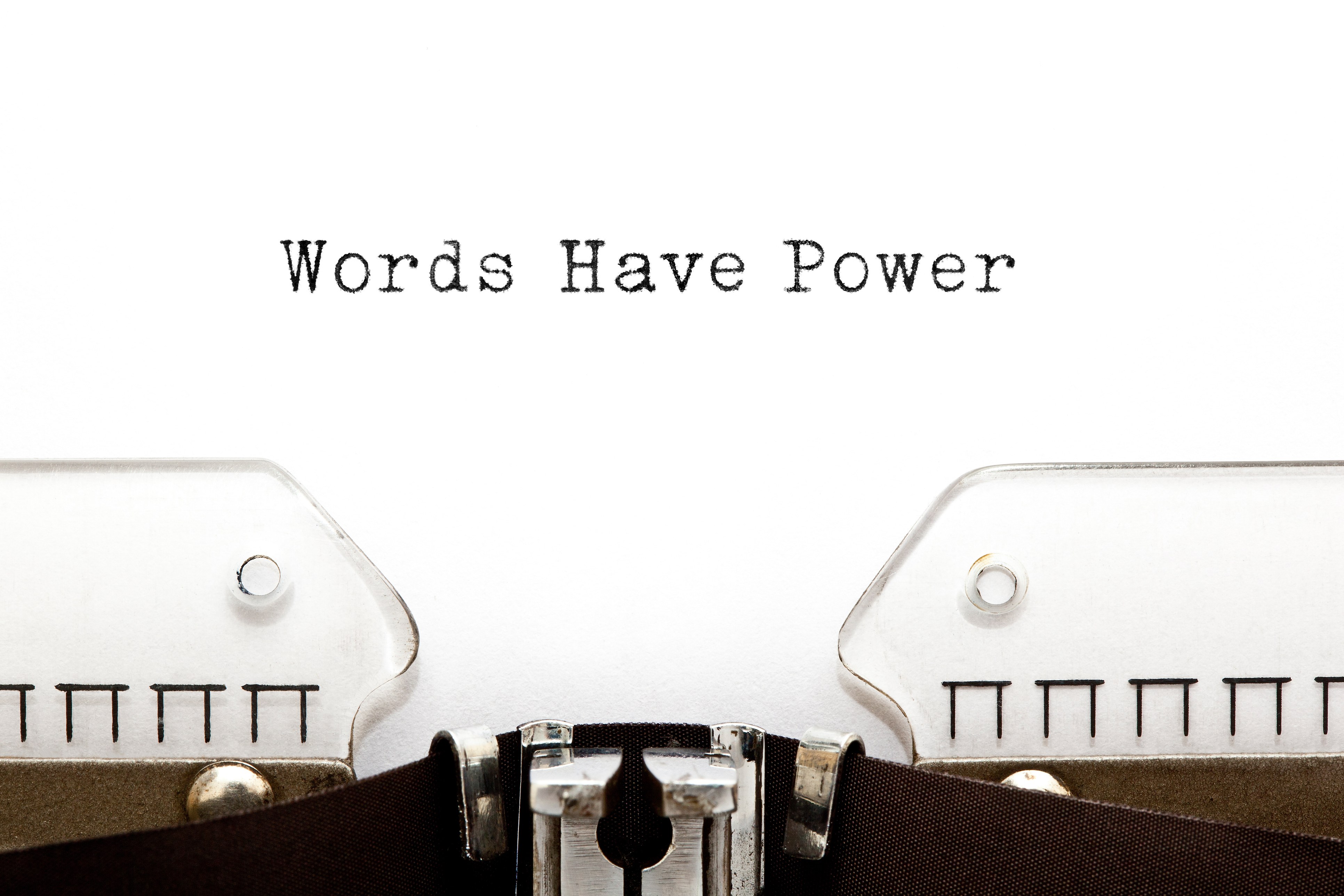 The other day, I was playing in a group tennis coaching session. There were 6 of us and, at one point, we were playing 3 against 3, the winning side being the first to get to 21 points. My side started off winning several points in a row but then had a losing streak at which point the coach, Brian, piped up saying we’d “regressed”.

What do you think and feel when you hear the word “regressed”? For me, there’s an implication of having intentionally gone downhill – it makes me feel negative and demotivated. The reality? We’d lost a few points in a row. That’s all. And in fact we went on to win the game. (I picked him up on his choice of word, by the way!)

Language is powerful.
The words we use say alot about the meaning we attach to a situation. Yet more than that, they create or limit what we do or don’t do.

Yet the reality was that she’d been at the organisation for 5 years. That’s it. It didn’t mean she was like a fossil in a rock that could only be removed through a slow and painstaking process.

What explanations have you created and are holding to be true which are not helpful?
For example, you describe yourself after a long period in an organisation as “institutionalised”. Or you describe your life as a “struggle”. Or perhaps you say to yourself, “I haven’t got a degree therefore I’m not as worthy of the same opportunities as colleagues who are graduates”.

What’s the reality? What does that make possible for you that your “explanation” doesn’t?