are you being too responsible? 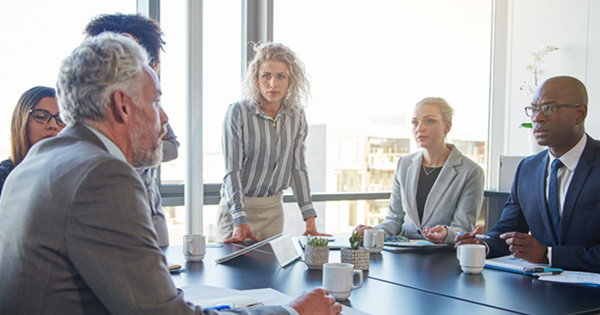 On a particularly long car journey recently, I was listening to a TED radio hour podcast and came across an interview with Jane Poynter, a scientist who took part in the Biosphere 2 experiment in the early 1990s.

Poynter was one of 8 scientists who volunteered to shut themselves inside the world’s largest science laboratory in the middle of the Arizona desert for 2 years. The hermetically-sealed laboratory was known as Biosphere 1, Planet Earth being Biosphere 2. The aim was to replicate the planet in miniature in order to understand more about it.

Scientists grew their own food, and recycled their own water and air. Problems included being constantly hungry – you only have to look at the before and after photos of the participants to witness the impact of their lifestyle – and literally waking up gasping for breath. On occasion, they sought external help, particularly medical support, but they persevered in being self-sufficient for 2 years.

One Director I worked with a while back was struggling to lead her team through rapid and constant change whilst managing an increasing amount of incoming demands from above. She was internalising her own stress and taking on additional work in order to shield her team and get the job done. She was afraid that, if she wasn’t seen to be coping, she’d be regarded as a failure and lose her own job. She felt like she was sailing a sinking ship in a storm.

Mistaking responsibility for leadership
The turning point for this Director was realising the limiting belief she was holding that she needed to be wholly responsible for the situation – in effect, self-sufficient. When she revealed through our work together that her mother had left the family when she was 9 and she had assumed the “maternal” role with her siblings, her heightened feeling of responsibility made sense. It was a role she had played out for most of her life.

She began to reframe her leadership role as a gatekeeper. This meant having tough conversations with stakeholders across the business about what her team could commit to and what they could not, and the impact of that on service delivery if additional resource was not made available.

Sending up a flare
This theme of shouldering responsibility and consequent stress is common in my work with leaders. And research shows that less than 50% of employees experiencing a high level of stress feel that they can talk to their employer about it, because they’re afraid they will be perceived as weak (31%), unwilling to do the work (34%) or that it would affect their opportunities for promotion (22%).

Feeling a need to hold all the responsibility isn’t healthy for a leader or the greater good of the organisation they work within. Leadership involves knowing when managing a situation is no longer tenable and when it’s time to send up a flare that says, “This isn’t sustainable – we either need to negotiate resource or make a different choice”.

If not, who else will? It doesn’t mean you can control the outcome, but you are in choice of what you say and do in your life and work, even if it sometimes feels like you are not.

Where are you being too responsible?