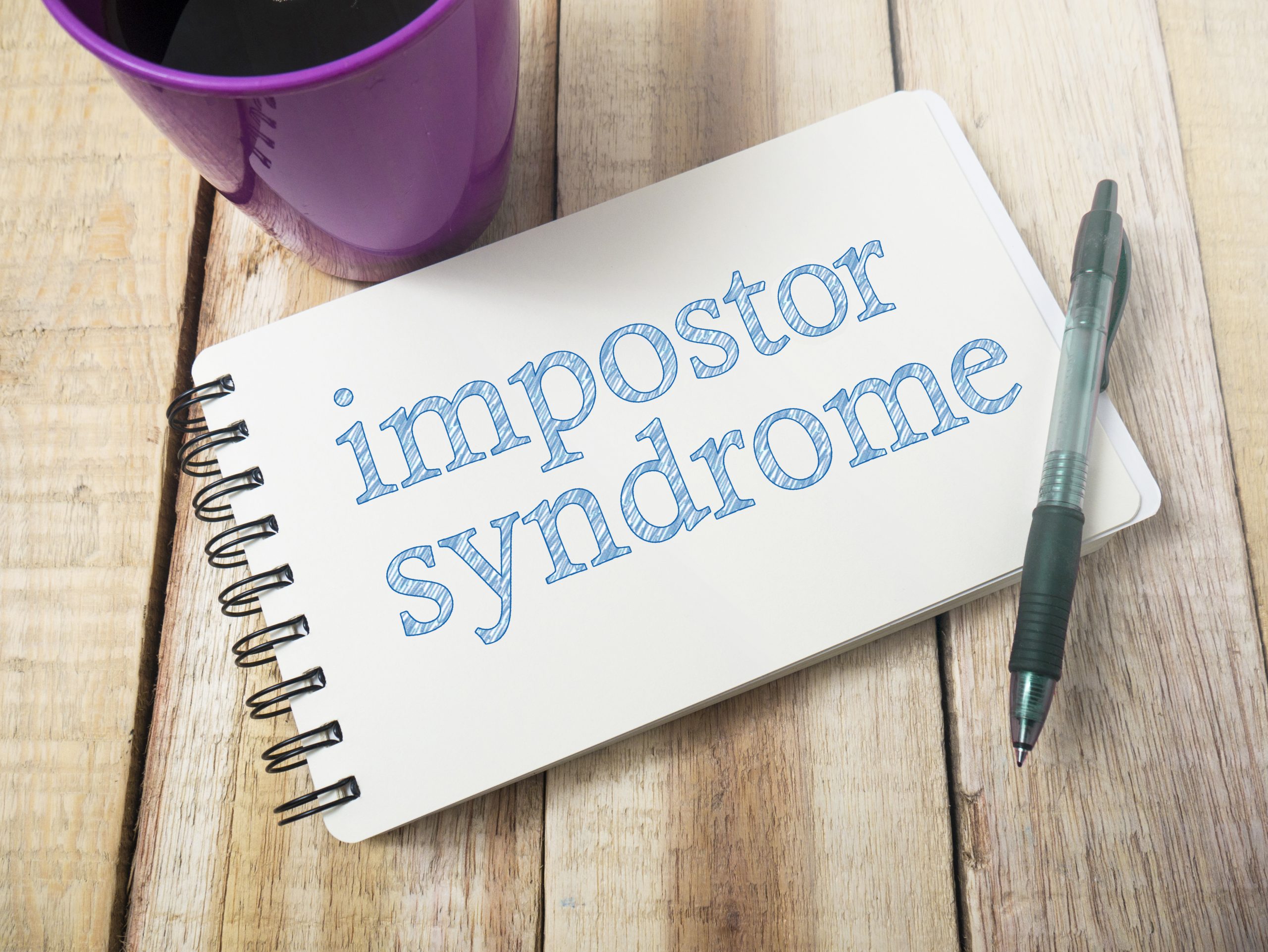 Sarah has just being promoted to Director and she comes to our coaching session wanting help with a bad case of Impostor Syndrome.

She’s worried she’s not up to the job and that she’s going to be found out – that people will disover that she’s less capable than everyone thinks she is.

Impostor syndrome is a well-known phenomenon. The term was coined in 1978 by clinical psychologists Pauline Clance and Suzanne Imes and refers to high-achievers who live in persistent fear of being exposed as frauds, putting their success down to luck, timing or what they perceive as others’ incorrect assumption about their competence.

However, for people like Sarah, I think the term Impostor Syndrome is unhelpful.

A syndrome is defined as a group of symptoms often associated with a particular disease or disorder – for example, Down Syndrome or Andersen Syndrome. And when we think we have a disease, we may feel unable to do anything about it.

As humans, we have fear to thank for our survival. We have evolved to over-estimate threats (think hungry tiger potentially hiding in the bushes) which means our brain is so much better equipped to look for the negative rather than the positive. Research says around 80% of our thoughts are negative.

Impostor Syndrome is just a label for a variation of these thoughts.

The difference is that they often get louder and more insistent when you’re doing something you haven’t done before – for example, responsibilities that come with a new job or promotion.

They might sound like : “Who do you think you are to be doing this? You haven’t a clue what you’re doing. It won’t be long before they find you out for the fraud you are.”

Your brain is just trying to keep you safe because it senses that you’re doing something outside your comfort zone which it interprets as a threat to your existence.

It doesn’t realise that your new role isn’t a tiger.

What’s important when you find yourself in these situations is to go on a mission to reassure your brain that this perceived threat really isn’t that big a deal, and you have plenty of resources to handle it.

Alison Reid helps smart people believe in themselves so they can unleash their brilliance. She's on a mission to help professionals overcome the fear and self-doubt that can so often get in the way of them leading themselves and others to greater things. She's the author of "Unleash Your Leadership : How to Worry Less and Achieve More". Download an extract or buy the book.